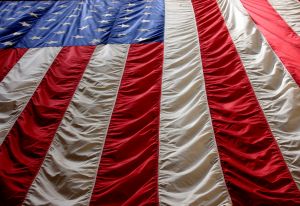 The US presidential election won’t be won or lost on environmental and green issues, Greenbang can fairly safely predict. But both McCain and Obama have been touting their green credentials to varying degrees and last week we reported their stances on key issues such as CO2 emissions and carbon capture and storage.

As the campaign draws into the final rounds environmental body the World Wildlife Fund (WWF) has published its own “Greenprint” policy roadmap for the next administration to address climate change, conservation of natural resources, food security and freshwater availability.

“In our conservation work around the world, WWF has long recognized the connection between political stability, regional security and natural resource use. These issues are now taking centre stage in the form of climate change, energy independence, and national security.”

The WWF’s plan outlines specific policy initiatives that would reduce threats to global peace and security by cutting greenhouse gas emissions and establishing preparedness measures for dealing with the impacts of climate change, ensuring plentiful food and clean water for people around the world, and retooling the US government’s Cold War-era foreign assistance program to ensure more sustainable use of the world’s natural resources.

Here’s how the WWF Greenprint says the next US President can tackle the four key issues.

Climate change
It recommends that the next administration play a constructive role in international negotiations on a new climate treaty, curb deforestation which accounts for nearly 20 per cent of global annual greenhouse gas emissions, propose domestic legislation to establish a cap and trade program for greenhouse gases and develop a preparedness strategy for confronting the impacts of climate change.

Food security
It recommends the development of performance-based standards for biofuels to ensure fuel supplies don’t diminish food supplies, and it urges an overhaul of management policies to restore the health of the world’s declining fisheries – a primary source of protein for more than one billion of the world’s poor.

Freshwater availability
Should be a strategic priority for the US and urges the next administration to lay the scientific and policy groundwork for global water security.

Sustainable management of natural resources
The WWF Greenprint states that America’s Cold War-era foreign assistance programs should be restructured to better integrate conservation and sustainability into the framework. It further urges renewed investment in natural assets and a stronger engagement with China, which is rapidly developing at a rate that is stressing the world’s natural resource capacity.

The WWF Greenprint is available here.