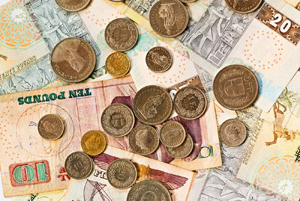 You know it’s a big day in green tech investing when all those $500 million funds start to look like a student’s unloved shrapnel jar. The World Bank has apparently decided that all those hundreds of millions of dollars just aren’t cutting it any more and is announced that it will be laying down notes to the tune of $5.5 billion dollars.

Those billions – delivered a procession of suitcases handcuffed to black suited functionaries, if the World Bank has any sense of style – will come from countries like US, Japan and the UK and will be spent on financing clean tech projects in developing countries and helping them give climates change a kicking.

According to Bloomberg, the good news was shared by World Bank VP Katherine Sierra, who expects a formal announcement in July.

“We are hoping that initially the clean technology fund may begin with $5 billion and the other one may be $500 million for climate resilience,” Bloomberg quotes Sierra as saying.

The World Bank isn’t the only one keen to give away its millions – the Japanese Prime Minister Yasuo Fukudaalso announced a five-year, US$ 10 billion for developing economies this week at the World Economic Forum.

In addition, Japan aims to create a new multilateral fund with the US and the UK to mitigate changes in the earth’s climate as a result of global warming, Fukuda told business leaders at the World Economic Forum Annual Meeting 2008.
Calling it the Cool Earth Partnership, the prime minister, who will chair the G8 Hokkaido Toyako Summit later in the year, said:

“Japan will cooperate actively with developing countries’ efforts to reduce emissions, such as those to enhance energy efficiency. At the same time, we will extend the hand of assistance to developing countries suffering severe adverse impact as a result of climate change.”

The fund will start disbursing funds this year. It will set aside up to US$ 8 billion for assistance in climate change mitigation, and up to US$ 2 billion for grants, aid and technical assistance for countries switching to clean energy.