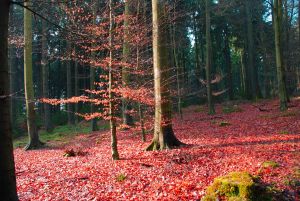 Sweden’s largest forest owner and woodpulp producer claims if half the world’s forests were run like Sweden’s the entire greenhouse effect would be eliminated.

Research by Södra found that a radical overhaul of global forestry along Swedish lines would see carbon locked in a growing reserve of timber rather than remaining in the atmosphere in the form of carbon dioxide.

“The world’s forests cover some four billion hectares. We could increase forest growth by more than one per cent per year across half of this area as only half of the world’s forests are suitable for management based on the Swedish mode. To implement this, we would need to break the negative trends of deforestation, forest damage and poor forest management on a global basis, but we’d be rewarded with an increase in carbon uptake of almost two billion tonnes per year.”

Initially this would reduce the level that carbon dioxide emissions increase every year. However, continuous forest growth of one per cent in half the world’s forest could halt the increases altogether, possibly within 20 years.

Sustainable forest management is the stewardship and use of forests and forest land in a way and at a rate that maintains their biodiversity, productivity, regeneration capacity, vitality. It also involves maintaining the forest in a way that it can fulfil now and in the future relevant ecological, economic and social functions and does not cause damage to other ecosystems.