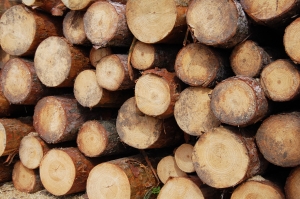 Burning waste wood for fuel is fine, says a UK-based wood industry organisation … but the government’s way of promoting it is distorting market prices and could threaten not only jobs but carbon emissions reduction goals.

To reduce dependence on fossil fuels, the UK government currently encourages the development of large-scale wood-fired power plants through Renewables Obligation Certificates (ROC) subsidies. Those subsidies, however, are driving up wood prices to the point they could threaten the UK’s construction and furniture industries, asserts the Wood Panel Industries Foundation.

The foundation this week released the results of two reports it had commissioned that detail the potential economic and environmental downsides of the government’s push for biomass energy. The release of the reports was timed to coincide with the launch of Make Wood Work, a campaign aimed at “securing the long-term future of wood panel manufacturing in the UK.”

One report, conducted by CarbonRiver, found that, “To subsidise the purchase of wood for incineration — as the current ROC scheme does — is to encourage the most carbon-intensive use of that resource. If the ROC subsidy continues to distort the market such that panel manufacture is displaced by the biomass industry — as trends suggest it might — there would be an increase in net CO2 emissions equivalent to 1.5 tonnes of CO2 per tonne of wood processed, a total increase of 6 million tonnes or 1% on the UK’s total net CO2 emissions each year (more than the total emissions of UK agriculture last year).”

A second report by Europe Economics concluded that unchecked development of wood-fired power could lead to energy generators buying up wood sources currently used by the wood panel manufacturing and sawmill industries. That, the report warned, could ultimately threaten thousands of domestic jobs.

“The government is putting too great an emphasis on large-scale wood-fired electricity and, by subsidising generators’ ability to pay for fuel, they are threatening to destroy an industry that adds economic value and brings environmental benefit through carbon storage,” said Alastair Kerr, director general of the Wood Panel Industries Federation.

Kerr added, however, that the wood industry is “not anti-biomass,” noting that it already uses wood waste to generate both heat and power.

Instead, the Make Wood Work campaign is asking the government to modify its stance on biomass energy by: