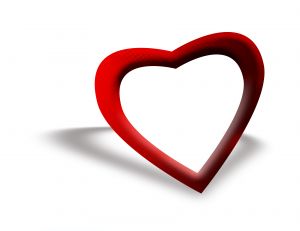 Greenbang went for a swim this morning. He did about 30 lengths and called it a day.

When he left the pool to get dressed, he realised he’d forgotten his towel.

Suddenly he felt like he was back at school in PE class, as there was only one thing to do – go and ask for a towel from the trog box (lost property).

The only towel left, to the manager’s amusement, was a skanky, filth-ridden cloth. There was no choice but to ‘damp pat’ with the towel, get dressed and leave quickly.

And then he remembered he had forgotten to buy flowers for Valentine’s Day. Dammit. It was turning out to be a bad day.

But when he got home, Greenbang’s China writer, Yan Yan, emailed saying that women no longer want flowers for Valentine’s – they just ain’t green. They want their men to spend time with them.

What a great excuse. Superb in fact. That will do nicely. Greenbang started planning the sneaky talk and a nice evening in.

And here is what Yan Yan writes:

Gentlemen, you might think ladies would like flowers on Valentine’s Day. Well, the ladies’ answer may surprise you. According to a survey conducted by an environmental group based in Hong Kong, among 255 female respondents, more than 23% of them say they would rather not to have flowers on Valentine’s, and 52% don’t care about receiving flowers at all, simply because most ladies think flowers are impractical and overpriced.

Green Sense, the eco group who conducted this survey, aims to tell couples in Hong Kong that sending flowers is not a green way to show your love. Most flowers sold in Hong Kong are imported by air from Holland or New Zealand, and the carbon emission of a single flight from Holland to Hong Kong is 1.35 tonnes.

Besides, a bouquet can only last for a few days, and the old flowers cannot be turned into organic manure because Hong Kong lacks the right disposal system.

Instead, gentlemen should spend more time with the ones they love or a potted plant would be a good idea, says Green Sense.

In this case, that’s ideal. Well maybe not a night in with a potted plant – but thanks Green Sense, you bunch of killjoys.