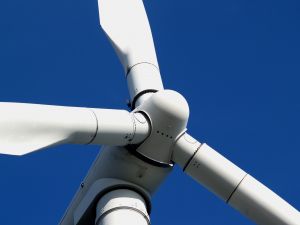 The publication of a major independent study funded by the Renewable Energy Foundation (REF) says there are hidden costs and reliability issues from wind power.

Just take a trip to Margate and look off the coast line. You’ll see a bunch of wind turbines in the sea. Quite often, the turbines aren’t moving. That’s because starting them is a pain in the arse.

Now then – you could whinge about this, which is fair game if the UK is putting big money (said in Max Bygraves style) into it. Or you could change the design of these a bit.

We hear that’s what’s happening to make turbines turn quicker. But will the people at the top of the buying chain realise this?

This is what the REF has to say:

Because the UK is a large economy in a small land area it has limited access to cheap biomass for heat, and in order to meet the EU assigned target of 15% of Final Energy Consumption the UK would have to rely very heavily on electricity. Government estimates that some 30% of UK electricity would have to be renewable by 2020, but it also assumes very dramatic energy conservation which seems improbable given our rising population On more realistic assumptions the level could be as high 45 to 50%.

On the basis of its optimistic view Government estimates that some 28 GW of wind would be necessary, a quantity greater than that modelled in the new study (25 GW).

The study casts doubt on the feasibility of such large wind fleets. Using wind data supplied by the Met Office, and corroborated with empirical data from the wind fleets of Ireland and Germany, together with information about times of peak electricity demand for the past six years, the researchers calculated that in January, the coldest month of the year when energy demand is highest, the wind farms can produce very little energy, frequently as little as 4% of their rated output.

Additionally, the authors argue that conventional fossil fuel plants would need to be switched on and off as many as 23 times a month to make up the shortfall in supplies. They conclude that this would impair efficiency, and reduce emissions savings.

The new study therefore confirms doubts as to the wisdom of a large wind fleet, and supports REF’s long-standing recommendation that the contribution of wind should be limited for technical and economic reasons, to about 10 GW, mostly offshore where winds are stronger and more reliable.

“Wind energy is fine on a small scale, but it works less well on a large scale because British weather and wind is too variable”, says James Oswald, an engineering consultant and former head of research and development at Rolls Royce Turbines who led the research.

“Wind power does not obviate the need for fossil fuel plants, which will continue to be indispensable. The problem is that wind power volatility requires fossil fuel plant to be switched on and off, which damages them and means that even more plants will have to be built. Carbon savings will be less than expected, because cheaper, less efficient plant will be used to support these wind power fluctuations. Neither these extra costs nor the increased carbon production are being taken into account in the government figures for windpower.’”

“The British Wind Energy Association sometimes claims that wind produces power for 80 to 95% of the time, but the number of hours wind produces some power is irrelevant, what matters is how much power for these hours and how much it fluctuates hour to hour.”

“Times of zero wind output are rare, but can be significant. In fact new data shows that wind output was zero at the moment of peak demand in 2006. This was when a high pressure system sat squarely over Britain for ten consecutive days which lead to high demand and very little wind.”

John Constable, Director of Policy and Research for REF, said: “Poorly thought-out political enthusiasm for windpower has propelled us towards levels of deployment which are irrational and very expensive; this study is a helpful corrective, and will enable us to plan how to get the best from wind technology at reasonable cost.”