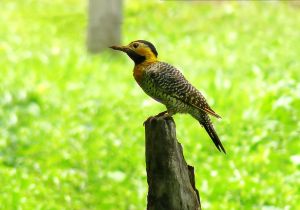 If you’re thinking of installing one of those B&Q wind turbines, then you could be threatening birds.

At least wind farms could be harmful to flocks of migratory birds, scientists in the US say. So you’d need one of those first – and then you’d have to be based on a bird-migration path. Or bird bypass for short.

Two wind power projects under construction in Kenedy County, Texas will pose a threat to migratory and resident birds and bats, according to a scientific study released today by the Coastal Habitat Alliance. The two projects, both being built on private ranch land, will be the first wind farms in coastal south Texas.

This portion of the Texas coast is among the most important bird migration corridors in North America, linking Canada and the United States with Mexico and Central and South America, the alliance says.

Could it be true? Who knows? We’ve got no idea. Perhaps our friends at the Royal Society for the Protection of Birds could help out…