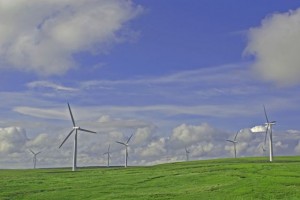 Prime Minister Gordon Brown is endorsing a “flagrant perversion of the truth” around wind energy, according to journalist Christopher Booker in Sunday’s Telegraph.

In a video for the British Wind Energy Association Brown stated:

“We are now getting three gigawatts of our energy capacity from wind power, enough to power more than 1.5 million homes.”

But Booker claims Brown deliberately confused capacity with the actual amount of electricity wind produces as the government’s own figures show wind turbines generate, on average, only 27 to 28 per cent of their stated “capacity”. That would mean the 2,000 wind turbines in the UK would produce an average of 694MW and not the three gigawatt figure endorsed by Brown. The report said:

“Far from producing ‘enough to power more than 1.5 million homes’, it is enough to power barely a sixth of that number, representing only 1.3 per cent of all the electricity we use.”

The full article is here.