Wind earns $250m for US treasury 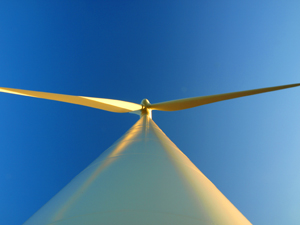 The theory goes that smokers are a net benefit to society. Before Greenbang gets her pigtails pulled by anti-smoking lobbyists, she is talking on a purely economic basis: the money earned in tax is greater than the money the state pays out in smoking related diseases.

Ladies and gentleman, Greenbang has found the new cigarettes: it’s US wind farms. Yes, according to GE Finance, US wind farms put in more to the tax pot through “the projects’ income, vendors’ profits and individual workers’ wages” they generate than they take out through federal tax credits.

How much more, I hear you ask? Why $250 million more, according to GE.

The timing of the report seems a little fortuitous to Greenbang, coming as it does as said federal tax credit scheme is set to expire. And, no doubt, totally unrelated to the fact that GE Financial Services renewables portfolio, worth some $3 billion, is 80 percent made up of wind.