Will London have to ban cars to hit eco-goals? 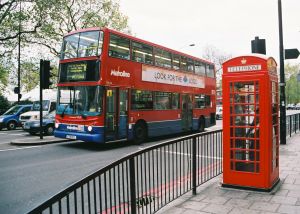 Or is such an idea even feasible? Well, a new paper suggests that if London is to hit the carbon reduction goals necessary to make a real impact on climate change, it would have to ban all cars. Even electric ones. Instead, there would just be more buses and cabs, powered by hybrid engines. Oh, and we’re guessing a lot more bicycles and so on.

We’ve not seen the paper, so it’s hard to comment, but it seems like the kind of suggestion that comes from the Green Party: well meant, but with zero feasibility of ever being introduced. But if the science behind the thinking is right, it does make one realise what a challenge there is that we all face. This from greentechmedia:

Sure, “it’s a long way from what’s happening in any place at the moment,” admits James Woodcock, lead author on the study, which also included the Oxford University Centre for the Environment’s Transport Studies Unit . “But I think there are going to have to be big changes across all sectors if we are going to avoid catastrophic climate change.”

Perhaps Woodcock’s vision isn’t as quirky as it sounds. The study points out that cars contribute 60 percent of London’s passenger land-transport emissions. And the bulk of them aren’t going very far, with 59 percent of car journeys racking up between 1 and 8 kilometers, or 0.62 to about 5 miles.