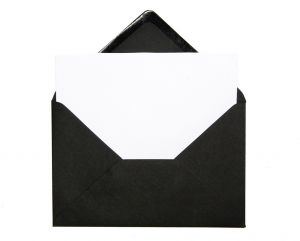 Imagine you and your office mates are trying to plan a really special party for a longtime co-worker who’s about to retire. The group of you has met after work, oh, say, a half-dozen times, but you still can’t all agree on the best type of shindig.

Barbecue or formal dinner? Theme party or boat cruise? Each one has its vocal defender, and nobody seems willing to give up his or her personal favourite.

Finally, you throw up your hands and suggest, “Why don’t we just buy So-and-So a really nice gift instead?”

Really? Do you really believe that decision will be any easier for the lot of you?

The world as a whole today appears to be facing a similar dilemma. Years of discussion culminating in last December’s meeting in Copenhagen have left us still without a global agreement on how to reduce carbon emissions and avoid the worst of climate change. The response? Let’s set up an international framework for geoengineering.

Yes, it’s absolutely critical, as climate scientist Ken Caldeira has acknowledged, to carefully study the potential impacts of artificial schemes for cooling the planet’s fever, whether it’s by injecting sulphur particles into the air or by some other method. We need, as he has said, to explore the viability of possible “seatbelts” for our climate if our global, carbon-dioxide-fueled drive takes us to a state of emergency.

But, he adds, “thinking of geoengineering as a substitute for emissions reduction is analogous to saying, ‘Now that I’ve got the seatbelts on, I (can) just take my hands off the wheel and turn around and talk to people in the back seat.’ It’s crazy.”

So, yes, while it might be welcome that the Royal Society announced today that it’s launching a “major new initiative to ensure strict governance of any plans for solar radiation management (SRM) geoengineering,” the news should also give us pause. If we can’t come to an agreement on how to reduce carbon emissions globally, are the odds for coming to an agreement on whether or not to mess with the climate in other ways — and how — any better?