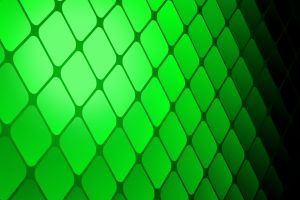 Energy companies around the world are worried. They’ve been tasked to deliver a “smart grid” — one that is able to control consumer appliances , cut costs and boost efficiency while managing the distribution of power.

A source (who shall remain nameless) who works at one of the UK’s largest energy suppliers recently told Greenbang how utility companies are finding it hard to see where they can make any money from the smart grid. It encourages people to use less electricity — and if they don’t, it does it for them, keeping the costs down all the way. And it means a big overhaul of infrastructure.

But the UK government and others around the world are pushing utility companies down the same road: to clean up their waste and, while they’re at it, bring the technology into the 21st century.

But there are some companies waiting patiently for more to happen. And one of them is Cisco.

The idea of the smart grid works in the same way as the internet and that means, from a business perspective, it could bring about an internet bubble all over again — with applications, devices, data and, most importantly for Cisco, a shiny-new infrastructure to build. 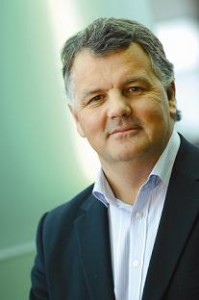 “I think it’s an area we need to keep our open eyes on,” says Phil Smith, vice president of technology for Cisco in Europe. “We think routing and switching and apps are a great opportunity. And Cisco hasn’t done too badly there.

“But (with smart grid) the whole metering structure and the way the information is measured is not in place either. There needs to be a much flatter structure that allows energy to be fed in and out of the grid in a much more peer-to-peer basis that would allow storage and microgeneration (the use of alternative energy generation on your home).”

Napster and Limewire — two of the best–known (and controversial) internet file-sharing applications — work on the peer-to-peer system. It works by connecting a supplier of a file with someone who wants to download it. In the case of music and films, its copyright legality has been challenged many times, but that doesn’t change the fact that peer-to-peer is an intelligent way of getting the supply of bits and bytes to meet demand.

“There are a number of areas of smart grid,” says Smith. “There is the delivery system. Then there’s a clear interface for users such as meters that allow users to control energy. The grid itself is about real-time management that delivers energy when it’s cheapest or most available from a certain areas.

“If you look at utilities companies, they are built in a very traditional model (that) looks like what networks used to be. In the early days, most networks started in the middle. Utilities are the same — they are built on power generation. It’s shared down through a hierarchy through a plug in the wall.

“Clearly the girds today are not set up to deal with the challenges of today.”

The US could save $117 billion over the next 20 years by modernising its energy grids, a study by the US Department of Energy found. In doing this, it would make the grid more intelligent, it could coordinate low-priority devices and schedule supply of energy in relation to its demand — wherever that may be.

Further research from the UK government’s Department of Energy and Climate Change states that the development of smart grids internationally is creating a rapidly growing global market, estimated to be worth €30 billion (£27 billion) over the next five years.

At Greenbang HQ, more and more press releases on smart grid are arriving every day. One PR agency even specialises in smart-grid technology and services. It’s a sign that the market is growing.

“Clearly it’s an attractive modernisation opportunity to be honest,” adds Smith. “It’s the same with any grid. We think we have something to say on how to control big grids and networks. But I think unless you create a structure that we talked about you can’t have a proper smart grid.

“Because if you can’t share properly, you can’t do all the things you need to do; there are opportunities for our utility customers. But they’ve got to build new and different relationships with existing customers.”

There are problems making the smart-grid happen: for one thing, a fully-functional smart grid that can manage devices in people’s homes is a long way off. It’s true that some technology exists, such as smart meters and remote-housing control, to pave the way to this, but pretty much all you can do at the moment is measure.

While the government has already committed to ensuring that smart meters are in all homes by 2020, legislation and government leadership are clearly lacking in the roll-out of an intelligent smart grid.

The UK’s low carbon transition roadmap, to be published in Spring 2010, will identify the actions for smart grids. That’s three months away while the clock ticks on. It’s likely that all will come of it is a clearer roadmap of how to measure and monitor – not what the smart grid will do and how to build it.

At best, monitoring is useful; most electrical appliances are at this stage recognisable from their energy patterns, but to take control of them would require many more link-ups with the internet. And that’s where Cisco sees the opening:

“In time, you could put certain devices into peak mode,” says Smith. “That’s interesting as people are going to want to manage more of them.

“You don’t have to build more power stations, as that’s expensive. I think people are being smarter. We can see it evolving through a real-time infrastructure and putting in distributed intelligence at the demand and supply ends.”