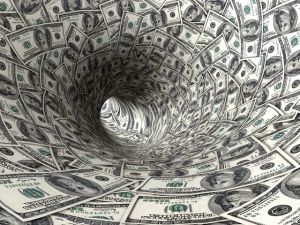 What does an oil price shock have to do with subprime mortgages? Well, consider this: the global economy found itself on the edge of the abyss in 2008 when reality — in the form of wildly overvalued mortgage securities — landed hard on the illusion that real estate-related investments were a guaranteed, perpetual cash machine.

So what do you think might happen when a different reality — in the form of wildly undervalued eco-services and energy-related externalities — comes crashing down on the illusion that there’s no need to steer away from business as usual in an increasingly resource-strained world?

The fallout could be severe, considering there are a lot of wildly undervalued eco-services and energy-related externalities that many businesses today aren’t considering, according to Generation Investment Management, the sustainable investment partnership founded in 2004 by former Vice President Al Gore and David Blood.

In a new report titled “Sustainable Capitalism,” the Blood-and-Gore-led research team warns that such businesses, and even entire business sectors, could quickly find themselves unprofitable if it suddenly became clear just how valuable those undervalued services and externalities are. The risk, the paper states, lies in “stranded assets” … business assets that could dramatically lose value if, say, the true price of carbon dioxide emissions were taken into account on a company’s bottom line.

“Scenario analysis done by (human resources consulting firm) Mercer’s responsible investment team has shown that climate risk poses fundamental challenges to strategic asset allocation by investment funds and that by 2030 climate change related risk that is currently not diversified away could cost investment funds US$8 trillion,” the report notes. “Not pricing in material risks to an investment — government regulated or not — is simply unwise.”

The same logic also applies to the potential impact of peak oil and/or skyrocketing oil prices … not that they’re cheap at the moment. We’ve seen once that a dramatic upswing in the price of crude has the power to nudge an already-troubled economy over the edge. Businesses that don’t take a potential repeat into account are, to put it mildly, playing with fire.

The “Sustainable Capitalism” report also blames the business-as-usual approach to stranded investments for the overt (and covert) pushback against sustainability by companies with the most to lose:

“Stranded assets also have the potential to result in significant reductions to the long-term value of entire sectors as business models could be made obsolete if wholesale transitions to sustainability were implemented,” the paper states. “As a result, there are many people currently in those businesses who feel that they have an interest in maintaining the status quo or, at a minimum, advocating that any transition to more sustainable models be pursued as gradually as possible through slow, incremental changes.”

(Hmm, any reason we’re suddenly reminded of the Heartland Institute’s recently leaked climate memo package, which reveals — among other things — that the organization’s anti-climate strategies have received financial or material support from a number of global corporations and one major anonymous donor with very deep pockets?)

The Generation Investment Management paper lays out several recommendations for making the transition to sustainable capitalism by 2020, concluding, “The barriers to mainstreaming Sustainable Capitalism are formidable but not insurmountable … Incremental change will prove insufficient to mainstream Sustainable Capitalism by 2020. So, like an artist at the easel, our goal is not to make superficial touch-ups that conceal deep structural flaws beneath. We are calling for a fresh canvas on which, together, we can paint a new picture of our future.”