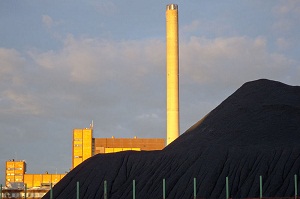 While the world continues to put up more wind turbines and solar panels, it also continues to use more and more coal, one of the dirtiest fossil fuels.

World coal production increased by 6.1 percent in 2011. And fossil fuels in general still dominated the energy market, accounting for 87 percent of global consumption, according to BP’s “Statistical Review of World Energy 2012.” Renewables, by comparison, accounted for just 2 percent of global energy use.

China, not surprisingly, accounted for the lion’s share – 71 percent – of the global increase in energy consumption last year. Coal production in that country rose by 8.8 percent in 2011, and it now accounts for almost half (49.5 percent) of coal production worldwide, according to BP.

During that same time period, coal production also skyrocketed in Mexico – 55.8 percent – and increased by double digits (18.1 percent) in Indonesia.

So which countries were the top 10 coal producers in 2011? According to BP, they were:

Although it occupies the number-two spot behind China, the US has the world’s largest proven reserves of coal: 237,295 mmt … which is more than double that of China, and amounts to 27.6 percent of global reserves.

Another interesting note: Germany last year was the only country in Western Europe where oil generation from coal rose: 2.1 percent, or enough to produce 44.6 mmt of coal-based oil.