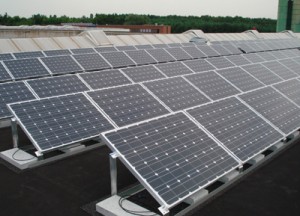 Which countries are getting the most energy from solar panels? Germany continues to lead the way globally, with nearly 25 gigawatts (GW) of installed solar-energy capacity at the end of 2011.

Starting 2011 with a solar base of 17.4 GW — which was already 43.5 percent of the entire globe’s installed capacity — Germany added another 7.5 GW in the following 12 months. That was not only a world record, but twice as much as the government had planned on adding.

Germany has since launched into a major shakeup of its solar policies, including drastic cuts to its once-generous feed-in tariff incentives for residents who install solar panels.

Based on the most recently available figures for global solar installed capacity from the International Energy Agency (IEA), these were the world’s solar-energy leaders as of the end of 2010:

In all, some 14.2 GW of new photovoltaic capacity installed in 2010 brought the world’s total around 39 GW.