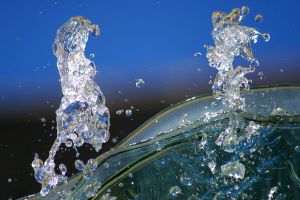 Following is a guest commentary penned by Rachel Krauss, marketing director for AWS, which produces the Dewpointe®, an appliance that acts as a water generator, air purifier, water filtration system and dehumidifier.

There was a cover story in the New York Times earlier this month which reported that 49 million Americans are drinking municipal water contaminated with illegal concentrations of chemicals, sewage bacteria and radioactive substances.

Water treatment violators are released from responsibility without enforcement from the EPA and communities are left feeling insecure … losing faith in the government agency that is supposed to protect them. As the green movement desperately tries to sever ties between consumers and their plastic bottle water obsession through the use of extensive pro-tap water campaigns, these new exposés on the toxic state of our municipal water supplies put a damper on eco-efforts.

So, what is a responsible nation to do?  How can consumers put change into their own hands without having to rely on the government? In 2010, we’ll see more people exploring potable water alternatives. The ability to utilise atmospheric water generation technology is one possible solution to the mounting water crisis. These systems are eco-friendly, pulling water from a sustainable source — the air — and bypassing the use of ground water entirely to eliminate any potential contaminations.

With 3.1 quadrillion gallons of moisture in the atmosphere at any given time, atmospheric water generation could be “green’s” new best friend.

1 thought on “Where’s the greenest, most sustainable water? In the air”