smart meters49
Say one thing for smart meters and their vocal opponents: it’s certainly helped liven up conversations about some formerly dry subjects. When, for example,... 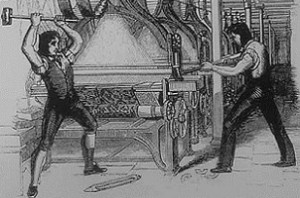 Say one thing for smart meters and their vocal opponents: it’s certainly helped liven up conversations about some formerly dry subjects.

When, for example, could you have previously imagined the chairman of the Federal Communications Commission (FCC) being heckled at a Silicon Valley event … while discussing the minutiae of AT&T’s merger with T-Mobile, no less? But that’s exactly what happened this week, as FCC chair Julius Genachowski was answering questions about the pending merger, all of it captured in a YouTube video posted by VentureBeat (the fireworks begin at around the 4:31 moment).

The protesters were eventually removed, but not before delivering dramatic assertions like, “Three per cent of the population is electromagnetically sensitive,” “Millions of people are getting sick,” “Cellphones cause brain tumours — wake up,” and, simply, “Stop smart meters.”

It’s hard not to utter the word “Luddite” upon seeing outbursts like this. But it’s possible that now, like then, the underlying problem isn’t resistance to changes in technology so much as resistance to changes in society. People don’t like feeling powerless (in the non-electricity sense), and they don’t like changes being foisted upon them without having a say in the matter. However unfounded energy and smart-grid companies might find meter opponents’ accusations, they shouldn’t make the mistake of dismissing their concerns out of hand.