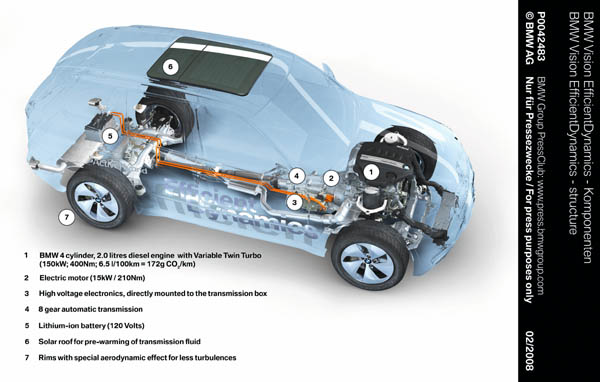 Guy Clapperton is an esteemed business journalist. He has written for the Financial Times, the Guardian, the Independent, the Sunday Times, the Times, the Daily Mirror…you name it.

Guy now turns his attention to some of BMW’s attempts at green innovation in an industry blamed for so many of today’s environmental problems.

Over to you, Guy:

The motor industry is clearly one of the world’s largest polluters; it is perhaps ironic that this gives it the opportunity to become one of the most proactive reducers of emissions. BMW is among the manufacturers taking its responsibilities in this area very seriously indeed, on both product design and corporate levels.

In corporate terms the organisation has won awards and is completely up-front about its principles around sustainability. This year it won the Corporate Responsibility Reporting Award for best carbon disclosure; it also has production facilities based on the UN’s cleaner production programme and uses preventive environmental management on a voluntary basis.

Its real innovation, though, has to be in its vehicle design and manufacture. “We’ve been at the forefront of realising from a product point of view that the continued growth of performance needed to be balanced against a realisation that some sort of sustainability was going to be necessary,” says Duncan Forrester, a PR for the company. The company therefore initiated the scheme now known as Efficient Dynamics five years ago.

“Efficient Dynamics is an umbrella term for a number of technologies that come together to deliver not only the customer’s desire for increases in performance and output but at the same time decreases in consumption and improvements in emissions,” he says. Products started to emerge early last year and the specific elements of Efficient Dynamics in a car depends on the model. The one with the most are four cylinder manual cars, which get the whole bandwidth.

“We’re talking about things like start-stop technology, so that when the car pulls up to a traffic jam or something you put it in neutral, take your foot off the clutch and the engine stops.” As soon as the traffic pulls away and the driver puts his or her foot back on the clutch, the first ten per cent of the clutch movement restarts the engine.

Naysayers will point out, with some justification, that starting and stopping uses more fuel than idling; “It’s around about two to two and a half seconds the car has to be stopped and then you’re in credit,” says Duncan. The aim is to save 3 per cent of emissions and consumption – as long as most stops are for longer than three seconds this should be perfectly achievable.

That is the main measure visible to customers. The rest is a little more ‘under the bonnet’ so drivers won’t know it’s happening. For example one significant feature is brake energy regeneration. This is a system that recognises that when someone is cruising down a hill and has taken their foot off the accelerator, the energy the car is generating is wasted.

“Our engineers have created an intelligent alternator that decouples from the engine under normal driving, but when you’re cruising it activates so it’s effectively got a clutch on it. So you’ve not got the drag on the engine when you want the performance from the engine, but when you don’t need the performance the alternator kicks in.” BMW believes this saves 3 per cent in terms of emissions and consumption.

There are more deeply technical enhancements as well. High precision direct injection saves on waste as does twin turbocharging. Active aerodynamics also features: “So you’re changing the aerodynamic of the engine depending upon the cooling or induction requirements,” says Duncan. Behind the kidney grilles are flaps, and when the engine doesn’t require any air the flaps close automatically so air passes straight over the car. If the engine does need air the flaps open.

“We also have things like low rolling resistance tyres,” says Duncan. “Efficient Dynamics is a huge number of technologies and it comes together to produce huge efficiencies in a number of our cars. When we launched the new 6 series in the Autumn of last year, a three and a half year old model, we announced up to 22 per cent increases in efficiency which is a huge number.”

Most of this, confirms the spokesman, comes from BMW rather than the customers, whose demands don’t always include green elements. “It’s a slow process, some are and some don’t care,” he says. “Obviously one needs to be seen to be doing the right thing but it’s not about token gestures – one needs to be doing the right thing for the customer who really understands the motor industry.”

BMW has won awards last year and this for the Efficient Dynamics idea, leading to the current stage at which a diesel powered car with no hybrid technologies or biofueld won Green Car of the Year. “That’s a pretty good achievement without going to hybrid fuels or anything like that,” says Duncan.

Sustainability is also about the future. BMW is keeping many of its future plans secret but confirms that Efficient Dynamics is a work in progress rather than a box which is now ticked and from which it will move on. 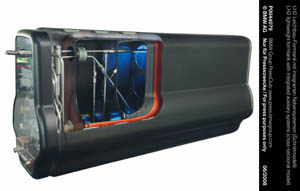 “We’re working in partnership with other manufacturers to deliver hybrid technologies,” he says. “In the longer term we are working on hydrogen. This time last year we brought eight hydrogen powered cars to the country to show that these are fully production-ready line-built cars.” The difficulty with this at the moment is that nobody is selling hydrogen to fill the car at the moment – anyone buying one would be in the position of someone with the first telephone, without anyone else to connect to.

BMW is therefore going about trying to influence the opinion formers that the technology is ready to run but that it needs sizeable investment to run. “We all accept that at some point fossil fuels will either run out or become too expensive to be feasible, and at that stage we can’t just put our cars away and walk,” he says. “This ongoing activity is BMW putting a stake in the ground and saying this is where we see the future but it’s not just about cars it’s about an infrastructure, it’s about forecourts and petrol stations.”

Once the infrastructure and economies are in place and sustainable electricity can be used for the electrolysis to extract hydrogen from sea water, the traditional picture of the polluting motorist will be very different.