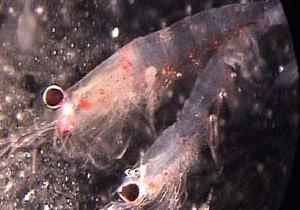 We all know that television commercials tend to, shall we say, accentuate the positive. But one recent ad we spotted went above and beyond … in that what was being touted as a remarkable and revolutionary improvement is in fact a disturbing development in disguise.

The commercial, which was for a new omega fatty acid supplement, said something to the effect of, “This new supplement made with krill gives you three times as much omega-3 as the leading fish oil supplements.”

What we heard, though, was this: “Fish is getting harder to come by, so now we’re bottom-feeding by switching to krill to continue selling the benefits of omega-3 fatty acids.”

And that is, in fact, the case. The northwest Atlantic cod, for example, were fished so heavily in the ’70s and ’80s that the fishery collapsed dramatically in 1992 (and has yet to recover). Some species of salmon and anchovies — both favoured sources of omega-3 — are also being overfished.

As traditionally popular species of fish are pushed to the brink, our unflagging appetite for seafood has pushed the market into previously non-commercial species like hoki and also boosted the demand for krill. For the time being, though, the annual krill catch appears to be staying at sustainable levels, thanks in part to quotas set by the Commission for the Conservation of Antarctic Marine Living Resources.

To help keep it there, we suggest skipping the omega-3 supplements — fishy or krilly — altogether, and switching to flax seed instead.