100 million AD: What would the aliens find? 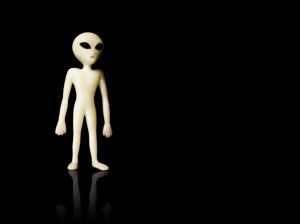 If alien explorers came to our earth 100 million years from now, what would they find?

Dr Jan Zalasiewcz, a lecturer in geology at the University of Leicester, has published a book called The Earth After Us, asking that very question.

It takes the perspective of alien explorers arriving on earth, their geologists studying the layers of rock and using the clues to piece together its history over several billion years.

Stumbling upon the period in which humans lived they see a striking signal of climate changes, extinctions and strange movements of wildlife across the planet. Following this trail, the clues in the rocks lead them to the petrified remains of cities and the fossilised bones of those who built them.

“Looking to the distant future gives us a warning for the present: our activities have already left a significant footprint on the planet, and not a flattering one. It is not too late to limit it. We would not wish to be dubbed by future explorers the ‘amazingly clever and utterly foolish two-legged ape’.”