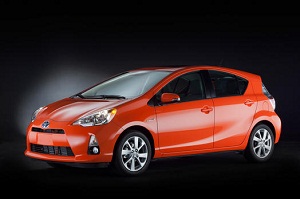 We tend to assume that moving toward a world of all electric, zero-emissions cars is just a matter of time.

The reasoning goes like this: year after year, more and more owners of gasoline-powered vehicles will trade in their carbon-emitting wheels for cleaner, plug-in models until, voila, at one point in the future, every car on the road will be a “clean” one.

Only that’s not exactly what real life is telling us.

Only about one-third of hybrid vehicle owners in the US choose another hybrid when coming back to buy a new car, an analysis by automotive marketing firm Polk has found. In fact, if you exclude the Toyota Prius — which apparently has higher loyalty among owners than do most other hybrid cars — the percentage of hybrid owners opting to repeat a hybrid purchase falls to under 25 percent.

Overall hybrid purchases across the US are also down, from a peak of 2.9 percent of all new vehicles bought in 2008 to just 2.4 percent in 2011, according to Polk.

The study suggests a combination of factors — including still-higher prices for hybrid models and improving efficiency of standard gasoline-powered models — is responsible for the trend.

“The lineup of alternate drive vehicles and their premium price points just aren’t appealing enough to consumers to give the segment the momentum it once anticipated, especially given the growing strength of fuel economy among compact and midsize competitors,” says Lacey Plache, chief economist for auto market data provider Edmunds.com. “For EVs and PHEVs in particular, certain obstacles — including consumer unease with unfamiliar technology and the lack of an adequate recharging infrastructure — will need to be overcome before sales increase.”

In other words, achieving a clean-car future — such as the International Energy Agency’s vision of EVs and PHEVs totaling half of all new light-duty vehicle sales by 2050 — will probably be even more challenging than we already thought.

2 thoughts on “What if our assumptions about a clean-car future are wrong?”