Feature: Carbon-munching-algae plans – will they work? 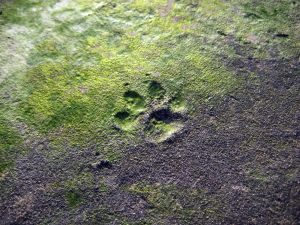 The next big thing – where is innovation taking us?

I’m very excited to say that Danny Bradbury has written a feature for Greenbang. Danny is a superb journalist who writes a lot for the Financial Times, which was how we got talking. Check out his website…

This week, he investigates for Greenbang’s first special report some of the claims being made in the algae-carbon-capture industry. Can we really pin our hopes on the green stuff?

Ian Houston has a lot on his plate at the moment. The self-taught chemical engineer says he’s got a technology in his garage that will change the face of the car industry, and he’s trying to get people to believe in it. The components: a new exhaust design, a box of leaves, and the green stuff that you find in the pond.

Houston first hit on the idea of using algae to eat carbon dioxide when developing an idea for an organic fish farm. “We were trying to get the algae to grow faster,” he says. “We were trying to figure out ways to capture carbon to feed the algae.” Why not get the carbon from the exhaust of a car, he thought?

The system, which Houston calls the ‘Ecobox’, uses some secret sauce that he’s not prepared to talk about, but he does admit that it’s a material made from leaves of material packed together in a small space. These leaves are made from a sorbent – a catalyst that draws the CO2 out of the air and holds it. It creates a space with a lot of surface area that the car’s exhaust fumes pass through. The box will be able to hold the carbon from 50 miles of driving (at which point it either has to be flushed, or it stops capturing carbon). The CO2 can be flushed out using heat, fluid, or gas. Then what?

Algae loves CO2. The little critters literally eat it up. Algae in a bioreactor would chew through the CO2, producing two products. “You put the CO2 into the biochamber, the algae absorbs it, and then you squeeze the oil out of one side, and you’re left with algae cake that you can incinerate.” The oil could be ‘brewed’ to create biodiesel, he says, which could then fuel a car.

“Ian gets all excited about these things and starts going off on superman trips,” says Stephen Perham, group managing director of the Airmax Group, which develops telemetry systems that monitor fuel consumption and the burning of carbon in cars. “He’s an enthusiast. We’re just a bunch of engineers. We don’t get as excited about all this stuff.”

In fact, Perham says he wanted to shoot the idea down. Houston went to Airmax when he discovered the carbon capture technology, and Perham’s team of forty engineers laughed, and said it wouldn’t work.

Intrigued, Perham offered to test it out. Houston turned up with a concept car housing an Ecobox in the boot. “It reduced the carbon output by 7% volume down to 2%,” Perham says.

Capturing carbon from the air might sound like a crazy idea, and using algae to munch through it crazier still. But others with more credentials have been studying the same thing.

Columbus University professor Klaus Lackner came up with a similar concept for industrial-scale carbon capture. Within 2-3 years, his company Global Research Technologies hopes to be selling a 40-foot device that will suck around a tonne of carbon per day out of the air, again using what we at Greenbang have lovingly coined the leafy sorbent concept. It’s effectively a big mechanical tree.

So the carbon capture idea has legs. And so, according to Mae Wan Ho, director of the Institute for Science in Society, does the algae idea.

“It sounds very promising,” says Ho, who last studied the topic a couple of years ago and evaluated its applicability on a commercial scale. “It’s certainly a lot more promising than doing what they’re doing now in power stations – trying to capture and store it underground, where it’s bound to leak out anyway.

And there are people hard at work on this, too. Green Fuel Technologies recently sold a pilot algae-munching system to scoff carbon from a Lousiana coal plant owned by NRG Energy.

Greenshift’s subsidiary Veridiem is also researching algae-based carbon processing, and so is A2BE Carbon Capture, which scores the best name if nothing else for Algae@Work, a system that does the same.

None of these firms would speak with us, suggesting that the algae oil is either snake oil, or that they think they’re onto something so big that they don’t want it getting out just yet. The more we speak to industry observers like Ho, the less snake-oily this idea looks.

Mind you, viable for power stations is one thing. Viable in the back of your Ford Escort is another. Houston has to get the thing into a state that will interact directly with the exhaust system of tens of different car designs, and he has to work with auto manufacturers that are willing to guarantee not to reverse-engineer his system. Either that, or he has to issue patents for the carbon capture system in combination with all the different exhaust systems, he says. And while he knows that he wants to license the technology rather than manufacture it he’s not sure how to do it yet. This is the point at which Dragon’s Den contestants normally get flamed.

And he has to find his market. Houston wants to put cartridge-flushing units in garage forecourts, but Perham doesn’t think this will fly. “You can’t change canisters. People are waiting to fill their cars,” he says, suggesting that it will take around 10 minutes to flush the unit. Houston estimates 6-12 seconds.

In fact, there’s not a huge amount that these guys do seem to agree on, other than its potential for home brewing biodiesel. Some people already brew biofuels using portable home brewers like these, which can produce 2500 litres of tax-free fuel.

The main problem has been finding the feedstock – there are only so many local restaurants willing to sell or give you their chip fat. Sticking a small algae bio-reactor into your garage could give you all the oil you need, says Perham.

Whether the average punter would be willing to swap the lawnmower’s spot in the garage for a home chemistry set and the contents of their pond is another matter, but both Perham and Houston think there’s a big enough market, which will only grow as petrol prices soar. “Turn around to anyone and say ‘if you have it fitted you’ll save on four taxes’, and you’ll have a queue a mile long,” Houston says.

Suddenly, his secretive little gizmo begins to look a lot less crazy than we might have thought at first. The question is, can he get from zero to sixty, and how long will it take him?