What do we need water for? Food, of course … and energy too

water70
This year’s World Water Day is focused on the most essential way in which we use water: to produce the food we eat. As... 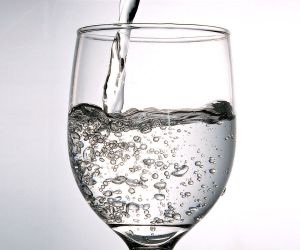 This year’s World Water Day is focused on the most essential way in which we use water: to produce the food we eat.

As the United Nations reminds us today, water and food security are inextricably linked. But so too are water and energy. It’s a connection we don’t often think about, but it’s one that’s also growing ever more important as the world’s population and energy demands keep growing.

With energy consumption set to rise by one-third by 2035, according to the International Energy Agency, the pressure on global water supplies could be severe, especially if we expect to increase our use of biofuels. As the Water Footprint Network notes, 86 percent of our freshwater use today goes simply toward growing plants for food and fiber, and that figure is likely to go up as a growing population drives even higher food production. If we’re going to grow plants for energy on top of that, we’re looking at considerably more water demand.

“The current and future economic development, for example in China and India, not only causes an increasing need for energy, but also for more affluent foods and thus for natural resources, such as freshwater,” write Hoekstra, P.W. Gerbens-Leenes and T.H. Van der Meer in a 2008 report, “Water Footprint of Bio-Energy and Other Primary Energy Carriers.” “The global resources are inadequate to meet, let alone sustain the current western life style for each individual.”