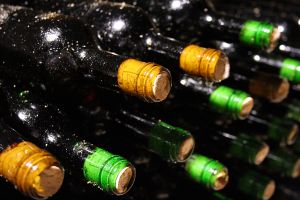 “Green” and organic might be in at the grocery store, but they’re not labels shoppers want to see in the wine aisle.

At least, that’s what researchers in California have found after studying thousands of different wines from California vintners. Seems that, when a nice bottle costing $25 or more is slapped with an “organic” label, the prices oenophiles are willing to pay drops considerably.

The study, which looked at 13,426 wines from 1,495 California wineries, found that vintages made with organic grapes were judged superior to non-organic varieties and — grape for grape, year for year — were able to command an average premium price of 13 per cent more per bottle … so long as the wine didn’t feature an eco-label. Once the appellation “made with organically grown grapes” was added, though, that premium disappeared. In fact, the label typically drove the price per bottle down by 7 per cent.

The researchers aren’t sure why, but speculate it might be due in part to shoppers confusing wine made from organically grown grapes with organic wine, which is made without sulfites and other chemical preservatives.

“Organic wine earned its bad reputation in the ’70s and ’80s,” said Laura E. Grant, a PhD candidate in environmental science and management at the University of California, Santa Barbara.. “Considered ‘hippie wine,’ it tended to turn to vinegar more quickly than non-organic wine. This negative association still lingers.”

In fact, many California wineries seem to be aware of the perils of an eco-label. The study found that only one-third of vintners that use certified, organically grown grapes in their wines advertise that on their labels.

“Producers of two-thirds of these wines must suspect that consumers, for whatever reason, wouldn’t appreciate the use of organically grown grapes,” said Magali Delmas, an environmental economist at the University of California, Los Angeles, and the study’s lead author. “Otherwise, why would they refrain from drawing attention to this benefit on their labels?”

For wines that do carry green labels, Grant added, the winery’s loss is the customer’s gain:

“Wine made with organic grapes — especially if it has an eco-label — is a really good deal,” she said. “For the price of conventional wine, you get a significantly better quality wine.”