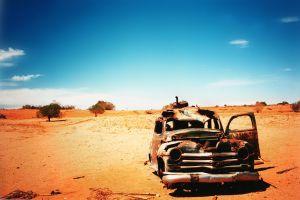 Picture an agricultural region that today provides jobs to thousands of seasonal workers each year. Now imagine that same region as it might look like in the year 2070, when average temperatures are 3.5 degrees C warmer than today and rainfall has dropped by 35 per cent.

Whatever it looks like, it’s not likely the farms there will still be productive enough to support all those agricultural workers. So what happens to them, where do they go and how do they provide for their families now that their main source of income has dried up like the topsoil?

Those are the types of questions a European research project launching this month aims to answer.

The “Climate Change, Water Conflict and Human Security” project, also known as CLICO, kicks off this week with a series of conferences in Bellaterra, Spain. The €3.8 million, three-year effort brings together researchers from 14 institutes to study what effects climate and water issues might have on social tension and conflicts in several regions across Europe, the Middle East and Africa. Their goal is to come up with a list of specific actions that can guarantee the peace and security of the population in each area.

It’s also worth noting that this project marks the first time researchers from Israel and Palestine have come together to work jointly on water problems existing in both communities.

CLICO researchers will focus on the potential for water-related conflicts in related to water resources in 11 regions: