smart homes5
What could be smarter than a “smart” home equipped with technologies that provide real-time energy consumption statistics, run the wash during the middle of... 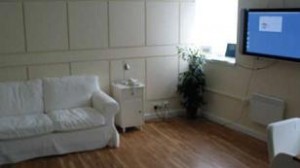 What could be smarter than a “smart” home equipped with technologies that provide real-time energy consumption statistics, run the wash during the middle of the night when electricity prices are lowest and periodically switch off the fridge to save power while ensuring food stays safely cold?

How about a home with “ambient intelligence” … that is, the kind of smarts that lets technology “learn” from your behaviour and adjust conditions accordingly for your maximum comfort?

That’s the type of beyond-smart home researchers at the University of Essex are planning to test this year, and they’re looking for a few volunteers who are willing to act as guinea pigs along the way.

The tests are part of a larger project funded by the European Union called “Adaptive and Trusted Ambient Ecologies,” or ATRACO. If the acronym is clunky and uninspired, the study’s goals are anything but. The project aims to explore ways to bring the relationships between humans and technology to even more advanced and intimate levels, to the point where devices in your home “know” what to expect, say, before you walk in at the end of the workday.

In such a home of the future, the returning homeowner could be greeted with a pot of fresh coffee, some favourite tunes, and room lighting and temperature that are just so.

Essex researchers plan to test these types of emerging ambient technologies using the university’s iSpace laboratory, which is a fully functioning two-bedroom apartment where subjects can try out various appliances and applications. Toward that end, they’re looking for a group of volunteers who would be willing to spend up to four two-hour sessions in the iSpace lab between August and December.

A fascinating concept, to be sure. We’re not certain which film it conjures up images of more: “Real Life” (“Only six of these cameras were ever made. Only five of them ever worked. We have four of those.”) or “2001: A Space Odyssey” (“Open the pod bay doors, HAL.”)