Want to sell your house? Time for a solar panel 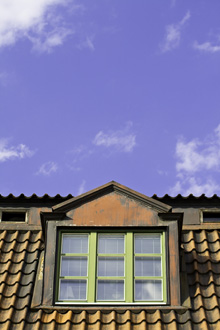 If you’ve been tarting up your house in an effort to flog it before the inevitable property crash, Greenbang has a pair of handy tips: 1. move your manor to LA, (Greenbang recommends maybe taking a leaf out of the Wizard of Oz on this one( and 2. whack a solar panel on the top. Apparently, the folk of La-la Land are going mental for solar paneled homes, according to The LA Times

With foreclosures rising and home prices diving, there is a bright spot in California’s residential real estate market: Solar-powered homes are starting to outsell traditionally electrified new homes in several markets, and developers are stepping up their use of the technology.[…]

“The last time we saw interest in solar that was anything close to this was back in the 1980s, the first time there were federal tax credits for solar energy,” said Julia Judd Hamm, executive director of the Solar Electric Power Assn. and co-chair of the Solar Power 2007 conference underway at the Long Beach Convention Center. “But the numbers then aren’t even comparable to what we’re seeing now.”