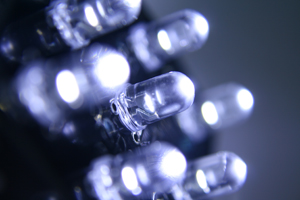 Wafers: is there anything they can’t do? Hold KitKats together, form that basis of an oft-quoted Monty Python joke, make ice cream look a bit more art punk with their geometric wafery glory and be a lynchpin of low-energy lighting.

Dutch wafer makers CrystalQ have bent the might of wafers to their will and harnessed them in the production of white LEDs, the latest low energy lighting star that crops up in consumer electronics like mobile phones, and will shortly be making its way into cars, according to the company.

LEDs are rather popular, in case you weren’t familiar with their work, in some lighting circles as they use about 10 percent of the energy of average light sources and last a lot longer.

No word on how much lolly they dished up though but EPT / Benno Wiersma says it will be used to expand CrystalQ’s manufacturing base.

If you’re wondering what CrystalQ does with wafers, let Greenbang enlighten you:

“[CrystalQ] is specialized in the preparation of the base material for the production of white LED’s. The company prepares sapphire crystal wafers and polishes these to high quality wafers for the fast growing LED industry. This round of investments will support CrystalQ entering into the growing of sapphire crystals. Its customer base consists of leading LED manufacturers.”