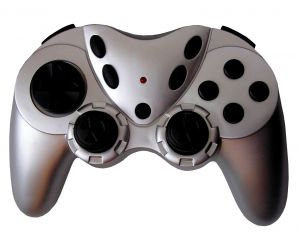 Can enviros enjoy video games with a clear conscience? Perhaps not so much, as a study by the U.S.-based Natural Resources Defense Council (NRDC) and Ecos Consulting has found that game consoles are responsible for hefty amounts of energy consumption and carbon emissions.

The NRDC/Ecos study finds that video games in the U.S. consume about 16 billion kilowatt-hours of electricity per year. That’s as much as is used annually by the entire city of San Diego.

One of the simplest ways to reduce that consumption is for players to switch off their consoles when not in use (duh), although the savings vary widely depending on the system used. The Nintendo Wii, for example, proves to be a dainty energy-sipper, with an annual energy cost of just $10 (U.S.) when left on ’round-the-clock (the cost is $3 for players who switch their systems off). Gamers who leave on their Sony PlayStation 3 units, on the other hand, prove to be anything but green: for a console left on at all times, the annual energy cost is $160 (turned off when not in use, the cost is $15).

(The study adds that Sony made a power management feature available online in October, but that the feature is disabled by default.)

The NRDC and Ecos urge both gamers and game-makers to adopt more energy-efficient practices and technologies, and the potential payoff is no child’s play. The study concludes improvements could save the U.S. some 11 billion kilowatt-hours of electricity each year, save more than $1 billion in annual energy costs, and avoid more than 7 million tons of carbon emissions per year.