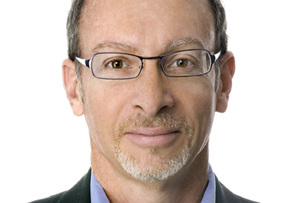 It’s all about money this clean-tech business. And don’t ever be fooled into thinking that the big boys with the cash have any other agenda other than to make lots of it.

That’s how Bill Green, managing director of venture capitalist VantagePoint, puts it. And he doesn’t pull his punches.

“We are not triple bottom line investors [people, planet, profits],” he says. “That’s a fine theory and those who embrace it are great folks and they’re thought leaders in that area and welcome to do so.

“We have a different philosophy and this can be controversial certainly in the NGO community and in the tree-hugger community.

“We take a view that says ‘just focus on building the company’. And if the company is pointed at the right goal or aim and it gets large – which implies that it’s making money because things that don’t make money don’t get large – then we’re going to see the result that we want and hope for.”

Mr Green is part of a team that made its first clean-tech investment way back in 2003. Since then, it has backed some well-know firms in the space including Tesla Motors, BrightSource, Chemrec, solarcentury and Shai Agassi’s Project Better Place .

All these big names pack quite a lot of weight. But financial success says much more to investors than famous people. So how does a venture capitalist pick the winning horse in clean tech?

“The average in venture capital history – and this should be no different [in this industry] – is that two out of ten will be successful,” says Mr Green. “So it’s the 80/20 rule.

“My partner Stephan Dolezalek describes these mini-trends. Corn-ethanol was one such where we saw all this interesting corn-ethanol and is the next big thing, and so and then 12 months later nobody is selling corn-ethanol.

“So we think that it is possible to become distracted by these smaller market movements that we believe are taking place within in a larger frame that says [that] we’re going to see cyclicality but the general trend for this energy technology, water technology, seems to be a growth trend.”

But Mr Green highlights some big differences in clean-tech to previous markets – namely that the demand for clean water, air and energy is already there. It is the delivery mechanism that has to change for several reasons.

“When we built the internet and the related businesses, depending on your point-of-view, we were painting the car as we were driving it off the factory floor,” he says.

“I mean, nobody knew what services consumers wanted. Nobody knew if you would actually buy pet food on line. It sounded good. By books online, why not pet food? Right? I mean, we just didn’t know. Maybe some of this we could’ve known.

“So the point however is, this is different because this is a market problem towards which we are all reaching.

“The other reason I would offer – a personal view – says this feels different – is that when you think about the drivers from my first point, this is a multi-factorial problem. This is about – there’s a diner I go to and there’s a sign on the wall – it’s a cheap place – it says, ‘fast-food real good, served cheap, pick two’.

“And this is similar to that, in that there are those who believe that climate crisis is a real driver for changes in our behaviour, whether it’s relative to automobiles or fuels. There are some who believe that peak oil is really the driver that lurks behind all of this.

“It’s four drivers. Pick one, pick two. And for those people who say “climate change is a hoax” – fine, don’t believe in climate change. How do you like energy security? ‘Ah, that’s real’. “

Mr Green is refreshingly honest about his approach to the clean-tech sector. But he says companies could learn a thing or two from the purely financial approach to sustainability – especially in the way they structure.

“The chief financial officer wakes up and says ‘here, regardless of my personal view, my fiduciary responsibility is to earn money for company X. How does this work exactly?’

“A CFO’s job is to count the money and that takes so many different forms that he’s not, quite often, thinking about this form of revenue – negawatts is an expression here – the money you generate from not using electricity.

“What I’d love to see more talked about, where we move away from all of this as a charity project and a science fair. How do we save money on this? Make sense?

“We seem to have lost to some extent the thread that says the economics of doing this can be so clearly understood. Not in every case, not with every start-up but we need to get our heads unscrewed from the contentious political aspect of this and say “friends, this is all about good business. This is all about clear thinking”.

“And if we have these other lovely fringe benefits, and if the trees get hugged and it’s collateral damage, great, we’ll have an extra pint, that’ll feel good. But this is a business story, right, and that’s why I respond to your CSO target a little differently.”

VantagePoint is behind the electric sportscar, Tesla. It led the first round of investment in cobalt bio-fuels, which is bio-butanol. It identified large-scale power storage as a mega trend.

“So five out of five times we’ve been able to pickoff a trend line and say that is important.” he says. “We think that we still have a long way to go around innovation in carbon. We see real obstacles, and therefore real opportunity, in how the carbon capture and sequestration game plays out.”

Is that a hint then, I wonder? Is carbon capture the right horse to back? Today Mr Green is open and straight-talking with me – but on that question he’s not saying anything…