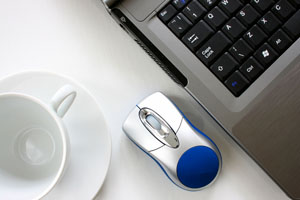 Verizon (rhymes with horizon) Wireless is one of the biggest mobile operators in the US and it’s been flashing its energy saving success, thanks to computers that don’t need to be told by their users when to shut off.

Now that’s clever. Hopefully won’t lead to the apocalypse either.

It’s also got a shedload of thin clients – which you’d have thought would be quite tricky for an American company.

Over the past year, Verizon Wireless has deployed 1E WakeUp, which ensures that all PCs, whether on or off, can be patched immediately, and NightWatchman®, which significantly reduces the power consumed by PCs. This power management software is now available on 63,000 managed desktops company-wide, resulting in a 24 percent reduction in both PC power consumption and CO2 emissions. The initiative reduces annual energy costs by $1.3 million and carbon emissions by an estimated 7,700 tons.