US military: Climate change is a key security issue 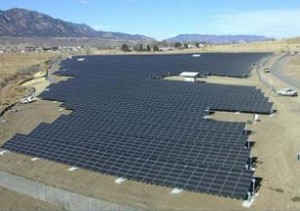 Tree-huggers, hippies, eggheads and do-gooders aren’t the only ones worried about climate change: the US’ top military officials believe it has serious implications for national security.

In its 2010 Quadrennial Defense Review (QDR) (PDF), released Monday, the Department of Defense says it’s critical to craft a “strategic approach to climate and energy.”

“Climate change and energy are two key issues that will play a significant role in shaping the future security environment,” the QDR states. “Although they produce distinct types of challenges, climate change, energy security, and economic stability are inextricably linked. The actions that the Department takes now can prepare us to respond effectively to these challenges in the near term and in the future.”

The Defense Department notes that climate-related changes are already occurring around the globe, with an impact on the roles and missions it has and the environment in which it works. A warming world also raises the possibility of more geopolitical conflict by making worse existing problems like poverty, environmental degradation and food and water security.

“While climate change alone does not cause conflict, it may act as an accelerant of instability or conflict, placing a burden to respond on civilian institutions and militaries around the world,” the QDR states. “In addition, extreme weather events may lead to increased demands for defense support to civil authorities for humanitarian assistance or disaster response both within the United States and overseas. In some nations, the military is the only institution with the capacity to respond to a large-scale natural disaster.”

Climate change will also have a direct impact on military facilities and capabilities, the review notes. A 2008 assessment, for example, found that some 30 military installations in the US were “already facing elevated levels of risk from rising sea levels.”

Furthermore, a warming Arctic makes it more likely the Defense Department will need to boost its abilities to work in that region by improving communications, search-and-rescue capabilities and forecasting techniques.

Energy security, the opposite side of the climate-change coin, is also getting increased scrutiny from US military leaders. The Defense Department has already undertaken a variety of measures aimed at reducing its dependence on fossil fuels and cutting its carbon emissions: investing in solar, wind, geothermal and biomass energy installations; switching to vehicles powered by alternative fuels; and exploring the potential for new technologies like better batteries.

In fact, such programmes are not only good for the environment, but reduce the risks and expenses created by the military’s heavy reliance on fossil fuels, one defense official said at a Senate hearing last week.

“Unleashing war fighters from the tether of fuel and reducing (military) installations’ dependence on a costly and potentially fragile power grid, will not simply enhance the environment, it will significantly improve our mission effectiveness,” said Dorothy Robyn, the deputy under-secretary of defense for installations and environment.