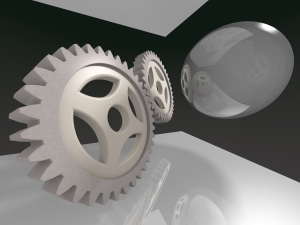 With wasted electricity accounting for nearly 25 percent of their total energy consumption, industries in the US need a lot more help in cutting their energy use and improving their efficiency, a new industrial coalition says.

The policies and investment decisions being made today “do not adequately address energy savings opportunities in the industrial sector,” according to the Industrial Energy Efficiency Coalition (IEEC).

Not surprisingly, the group’s founding members specialize in control and automation technologies designed to improve energy efficiency. Among them: ABB, Eaton, GE, Rockwell Automation, Schneider Electric and Siemens, which together provide about 75 percent of the industrial controls bought by US companies. But even if it’s motivated by the quest for new business, a drive for industrial efficiency is worth pursuing if you look at the numbers.

US industry uses more energy than any other sector (the rest are residential, commercial and transportation) — a total of 30.26 quadrillion Btus (British thermal units) in 2010, according to the most recent data available from the US Energy Information Administration (EIA). Industrial users would actually take second place, behind transportation, if it weren’t for wasted energy: electricity-related losses accounted for a full 6.89 quadrillion Btus of industry consumption in 2010.

Better automation and control technologies could help reduce those losses considerably, according to the IEEC. Over the next 25 years, such improvements could help the US industrial sector cut its energy footprint by 25 to 30 percent.

1 thought on “US industry wastes way too much energy, coalition says”