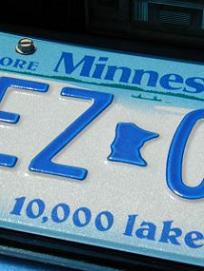 While Alaska Governor and former Republican vice-presidential nominee Sarah Palin claimed her view of Russia across the Bering Strait as foreign policy experience, a different U.S. governor is looking to Europe for models for a new statewide green initiative.

Minnesota Governor Tim Pawlenty’s “Green Jobs Investment Initiative” calls for the state to start producing and using more biomethane instead of natural gas, much the way Sweden and Switzerland already do. He says he wants to provide incentives for companies like Seneca Foods (producer of Libby’s brand and other canned fruits and vegetables), which has already begun converting vegetable waste into biomethane to help power its plant in Montgomery, Minnesota.

Pawlenty also wants to expand upon the state’s current Minnesota Cup competition, which promotes entrepreneurial innovation, by adding a new clean and green energy category to the programme. Prizes in that category will be awarded started next year.

“The development of green jobs will be one of the biggest changes in our economy since the industrial revolution,” Pawlenty said. “The proposals we are announcing today will fuel job growth by incentivizing new technology and innovation.”

Not much not to like about that … except for the word, “incentivizing.” Awful.