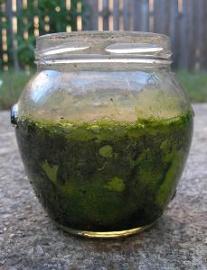 An Arizona-based energy company has set its sights on Mississippi catfish farms as a rich new source for algae-based biofuels.

PetroSun BioFuels, a subsidiary of PetroSun Inc., recently proposed to the Mississippi Biomass Council a programme in which it would lease the surface rights to catfish farm ponds to gain access to the algae that grows there. The company says the 80,000-plus acres of ponds in the state could produce 160 million gallons of algae oil each year. That oil would then be converted to biodiesel using PetroSun’s algae-to-biofuels technology.

Any algal biomass left over could be used to make ethanol, fertilizer, livestock feed and more, the company adds.

Under PetroSun’s BioFuels Aquaculture Lease Programme, participating farm operators would receive a rent incentive and monthly royalties in return for access to their pond algae. In future, farmers could also gain additional benefits from a carbon credit programme, the company said.

PetroSun is now working with its agent, Biomass Partners, to seek out and screen catfish farm operators interested in participating in the programme. It also plans to target similar farms in Alabama, Arkansas and Louisiana.

Looks like it’s time to update that old American saying to “There’s oil in them thar ponds.”