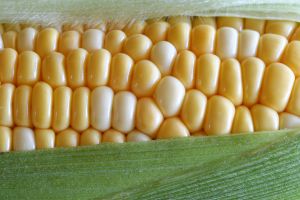 A global seed company has asked the U.S. Department of Agriculture’s Animal and Plant Health Inspection Service (APHIS) to deregulate a genetically engineered (GE) variety of corn that shows an edge for ethanol production.

Using the GE corn could result in a 10 percent reduction in ethanol production costs, according to Syngenta.

APHIS has regulated the GE corn since 2002. It will gather public comments on the proposed deregulation through Jan. 20, 2009, after which it will issue a decision on the Syngenta petition.

Unlike other varieties of GE corn, the Syngenta corn doesn’t produce pesticides or herbicides, so it’s not regulated by the U.S. Environmental Protection Agency. So all APHIS must determine to deregulate the corn is whether the variety doesn’t pose a risk to crops or other plants.

And would the extra boost of alpha-amylase cause digestive upset in the event someone ate the GE corn? Not surprisingly, Syngenta says no … and APHIS appears inclined to agree: “The scientific evidence indicates that there are unlikely to be any environmental, human health or food safety concerns associated with the GE corn.”