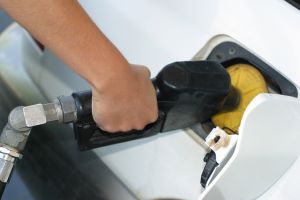 Robbie Burns would understand the current difficulties facing the well-intended ethanol market, which are aptly described these days as, “The best laid schemes o’ mice an’ men gang aft agley.”

Witness the latest situation in the U.S. state of Missouri, where fuel stations once required to sell a petrol-ethanol blend have returned to selling plain old gasoline. And why? Because gasoline’s price has dropped so much in recent weeks it’s once again cheaper than ethanol.

Under a Missouri law that took effect at the beginning of this year, gas stations were required to sell E10, a 10-percent ethanol blend, as long as ethanol was less expensive that regular gasoline. However, as Ronald Leone, executive director of the Missouri Petroleum Marketers and Convenience Store Association, told the News-Leader newspaper this week, “The economics in the past three to four weeks have changed where unblended fuel is less expensive than E10.”

Yes, corn and soy prices have also dropped along with those of oil, but those commodities are proving too volatile for ethanol producers to swallow easily.

So much for yet another attempt to wean the U.S. off of foreign oil. Humans, it seems, often can be as short-sighted as mice.