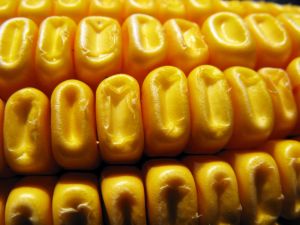 The ever-controversial U.S. ethanol industry is being battered again, this time not by public opinion so much as by falling crop and oil prices and a shaky economy in general.

In Iowa, an epicenter of the ethanol fallout, one expert this week told a gathering of agricultural bankers he expects as many as 40 of the nation’s 182 ethanol plants could go bankrupt by early next year. That won’t mean less ethanol production, though, he added, just fewer players in the industry.

“Ethanol production will continue or even increase,” said Mark Lakers, an agricultural merger and acquisition specialist with the Nebraska-based Ag & Food Associates. “I can’t see a Democratic administration beating up on ethanol.”

Some 16 ethanol plants across the U.S. have already entered bankruptcy as the price of corn, soy, ethanol and oil have fallen from their record highs this past summer. One industry watcher at the bankers’ gathering likened the situation to a “high-stakes poker game.”

Which players will come out winning the pot? We’ll have to wait and see.