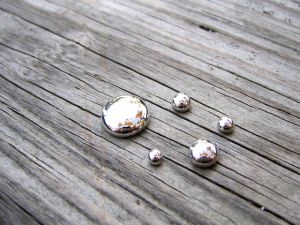 The US has joined the EU in setting a date to ban mercury exports, reducing the supply of commodity mercury into the world market.

Environmental groups in the US and around the world have applauded the legislation.

“Neither mercury nor the fish we eat recognises federal boundaries. Passage of this legislation banning the export of mercury is a great victory for the health of people in America and all over the world. It will curb the flow of mercury into global commerce, keeping it out of our tuna and other fish.”

The EU adopted a mercury export ban that takes effect in 2011, with the US legislation to come into effect  by 2013. The US and EU are among the top exporters of commodity mercury – between 40 and 50 per cent of annual global trade passes through the EU and US.

However, most mercury supplies come from recycling of old mercury products such as thermostats as well as decommissioned mercury-cell chlor-alkali plants.

“We’ve got to stop this circle of poison, where over 1000 tons of mercury are used annually by 15 million gold miners in 50 developing countries, exposing themselves, the global environment and the world’s fish supply to this dangerous neurotoxin. With export bans passed in the EU and now the US, momentum is building for a global mercury trade ban.”

Gold mining sites are extensively contaminated with mercury around the globe. Airborne mercury is a transcontinental pollutant that ends in waterways, contaminating fish the world over.