US car makers take another kicking 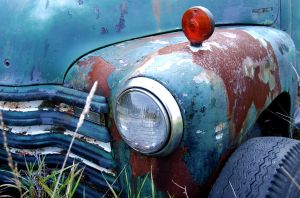 As if it wasn’t already hard enough to muster up sympathy for U.S. automakers, whose CEOs fly private jets to beg for government bailouts for their gas-guzzling industry. Now comes yet another reminder of why the former rulers of Detroit might not be sob-worthy: they’re still fighting efforts to legislate stricter emissions standards.

Happily, a federal district judge in the state of Rhode Island ruled this week on the side of clean-techies and enviros, and against the car companies.

Automakers had filed suit against the state for trying to follow the lead of California and mandate greenhouse gas emissions limits stronger than those set by the federal government … never mind that they’ve already lost similar challenges in both California and Vermont. So it came as little surprise that Detroit was poised to lose again in Rhode Island.

In explaining his decision, judge Ernest C. Torres wrote, “It is difficult to see what interest the public has in permitting the plaintiffs another bite of the apple in challenging regulations limiting the emission of greenhouse gases into the atmosphere.”

Let’s hope now that at least one more judge will soon express a similar opinion, as Torres’ ruling affects only a challenge by automakers, and not a similar one by Rhode Island’s car dealerships.