UN weighs in on biofuels fight 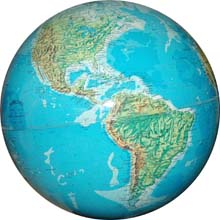 Extra-governmental bodies complaining about the environmental impact of biofuels are like buses aren’t they?

After the EC got a bit shirty about biofuel, now the United Nations wants in on the act, says Associated Press.

The world’s rush to embrace biofuels is causing a spike in the price of corn and other crops and could worsen water shortages and force poor communities off their land, a U.N. official said Wednesday.

Speaking at a regional forum on bioenergy, Regan Suzuki of the U.N.’s Food and Agriculture Organization acknowledged that biofuels are better for the environment than fossil fuels and boost energy security for many countries.

However, she said those benefits must be weighed against the pitfalls — many of which are just now emerging as countries convert millions of acres to palm oil, sugar cane and other crops used to make biofuels.