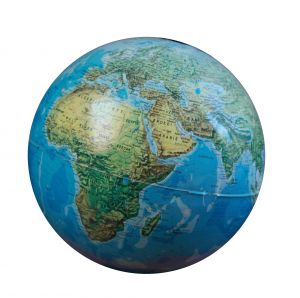 Renewable energy and clean-tech industries aiming to reduce carbon emissions and tackle climate change will create tens of millions of “green” jobs in both developed and developing economies, according to the United Nations.

With the global market for environmental products and services projected to double from the present $1.37bn per year to $2.74bn by 2020 the UN says, with the right incentives, investment and R&D, massive new economic sectors could emerge.

“The world will spend hundreds of billions of dollars in the next 12 months on stabilizing the global economy.  Imagine for a moment if some of the stimulus packages that are now being developed could be targeted towards not maintaining and sustaining the old economy of the twentieth century, but investing in the new economy of the twenty-first century.”

Half of the 2.3 million jobs in the renewable sector today are in the developing world, but it’s not all rosy. The report warns many of the new green jobs will be “dirty, dangerous and difficult”, with the main sectors of concern including agriculture and recycling – particularly in developing economies, where there is often low-pay, insecure employment contracts and exposure to hazardous materials.

The study, Green Jobs: Towards Decent Work in a Sustainable, Low-Carbon World, is available to download here.

It comes in the same week the UN Secretary-General Ban Ki-moon warned again that delays in tackling climate change is courting disaster. At a UN inter-governmental meeting in New York he said:

“When it comes to climate change, delay is not like a delay in reaching other types of agreements.  We cannot just pick up a couple of years from now and resume as if nothing has happened. Science tells us that such an approach courts disaster. Economics tells us that the costs would only rise. I have been saying that the cost of inaction will be far, far greater than the cost of action now.”