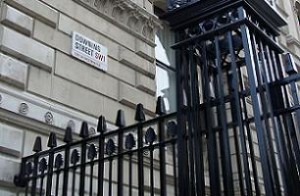 If you had to sum up the UK’s new energy and climate plans in one word, that word certainly has to be “ambitious.”

Chris Huhne, the newly appointed Secretary of State for Energy and Climate Change, said as much in his speech this week at the Economist UK Energy Summit. The new coalition government’s first challenge, he said: to tackle “our biggest ever peacetime deficit” … something the new budget has targeted with an increase in VAT, benefits cuts and other measures.

Beyond cutting costs, though, the government must find ways to decarbonise the economy, stimulate growth, deal with climate change and boost the nation’s energy security, Huhne said. And it has to start doing all of those quickly.

“(I)t is not just a question of recovery from recession, difficult enough though that will be,” he said. “The real challenge is to build a different kind of economy. One that cuts our carbon emissions to tackle climate change and which makes our energy secure in a volatile world.”

Huhne noted that, with countries like China taking aggressive action to build a green economy, “Europe’s lead in low-carbon technologies is now at risk.”

“Our industrial future – our competitiveness and our prosperity – depends on being a pioneer of the new green industries that will decarbonise our economies, and we need to be ahead of the international game,” he said. That, he added, will require an “enabling environment” for developing renewables, improving the energy infrastructure and making the country more energy efficient.

And how do you create such an environment? Huhne says the UK needs to do the following:

“(O)ur approach will be different from that of the last thirteen years,” Huhne said, adding, “we intend to make a reality of our pledge to make this the greenest government ever.”

Ambitious? Yes. Achievable? That remains to be seen. As Huhne himself noted in his speech, “To date we have heard too much talk and too little action.”