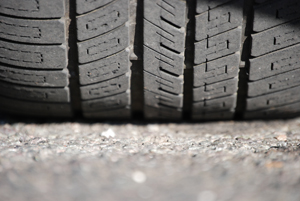 And if Arnie’s hydrogen handouts weren’t enough to delight the very (fuel) cells of your being, the UK now getting its own hydrogen fuelling station. Hurrah!

If you want to check it out though, you’re going to wend your way to Birmingham, where Brum academics are planning to use the fuelling station to help study “the viability of hydrogen in transport applications” using five hydrogen cars.

The Uni says it opened the fuel station on Thursday. And it also says this:

Birmingham engineers will be comparing five hydrogen powered vehicles with the University’s own fleet of petrol, diesel and pure ‘electric’ vehicles so that they can learn more about their efficiency and performance. The researchers will determine how these vehicles need to be adapted in order to make hydrogen an attractive and cost effective option as a future fuel.

As a direct result of this research it is hoped that the public sector will start to buy into these new technologies, providing support to companies in the supply chain who are moving from the technology demonstration phase into the early stages of commercialisation.
The Series 100 station has been specially designed by Air Products, a leading producer and supplier of hydrogen with over 50 years experience in hydrogen applications, to meet the fuelling needs of the first hydrogen vehicles to appear on the roads. The fueller comprises an integrated compression, hydrogen storage and dispensing system, and is optimised to fuel up to approximately six vehicles per day. Minimal onsite utilities are required for the fueller, which can be easily moved from site to site, making it ideal for hydrogen fuelling start up stations.

Professor Kevin Kendall, lead investigator from the University’s Department of Chemical Engineering, says, ‘We are delighted to be the home of England’s only hydrogen gas filling station. It is absolutely necessary that we have the means to refuel our fleet of hydrogen powered cars so that we can carry out our research project into the feasibility of hydrogen in a transport context.’