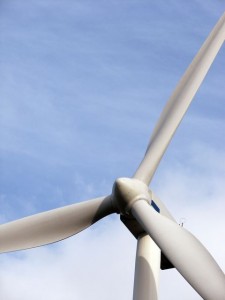 The UK is now the world leader in offshore wind generation. With 597MW of fully constructed wind farms the UK now has the potential to power the equivalent of 300,000 homes.

This achievement has been made after building work finished at Centrica’s Lynn and Inner Dowsing farms near Skegness. This farm is currently the biggest wind development in the world, with the ability to produce 194MW.

“We are now getting 3GW of our electricity capacity from wind power. That’s enough to power more than 1.5 million homes. Offshore wind makes up 20 per cent of that capacity and the wind farms I am visiting today are the ones that have made the UK the world’s number one for offshore wind power, knocking Denmark off the top spot.”

Which is good news considering only days ago the government was warned that the UK hasn’t a hope in hells chance of meeting its wind energy production targets because of the costs and delays in building and installing turbines as reported here.