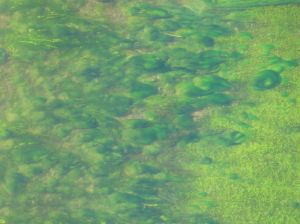 Algae is one of the real hot spots in biofuels and the Carbon Trust has launched a research and development initiative aimed at commercialising the use of algae biofuel by 2020.

Forecasts claim algae-based biofuel has the potential to replace a significant proportion of fossil fuel – more than 70 billion litres by 2030 – used in road transport and aviation. The challenge is to produce this ‘green oil’ cost effectively at scale.

The second phase is expected to see the construction of an open pond test and demonstration plant to continue the research conducted and demonstrate production at commercial scale.

While the funding may come from the UK, this plant is likely to be constructed overseas. This is because the majority of commercial production of algae biofuels is likely to take place in tropical and sub-tropical climates that have plentiful sunlight and temperatures that do not drop too low or vary too much.

The Carbon Trust is now seeking to recruit cutting edge expertise from algae specialists in the UK, to develop algae biofuel. The Carbon Trust could commit up to £6m of funding in the initial stages of the Algae Biofuel Challenge, with individual research grants of up to £500,000 available to applicants. The Department for Transport has also said it will contribute funding.

“We must find a cost-effective and sustainable alternative to oil for our cars and planes if we are to deliver the deep cuts in carbon emissions necessary to tackle climate change. Algae could provide a significant part of the answer and represents a multi billion pound opportunity.”

Advocates of algae biofuel say it could deliver six to 10 times more energy per hectare than conventional cropland biofuels, whilst reducing carbon emissions by up to 80 per cent relative to fossil fuels. Also, unlike traditional biofuels, algae can be grown on non-arable land using seawater or wastewater.