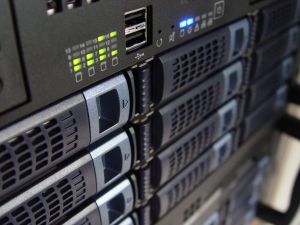 A new data centre designed and built by UK-based Keysource is proving to be one of the most energy-efficient facilities of its kind in Europe.

There’s also a certain irony in that achievement, as the data centre was built for an oil exploration surveyor, Petroleum Geo-Services (PGS).

The new data centre in Weybridge, Surrey, has achieved an annualised power usage effectiveness (PUE) of just 1.17, rivaling some of the best results achieved by industry leaders like Google. PUE measures how much of total power consumption goes into actually running servers, as opposed to providing cooling and other non-computing functions. The average data centre has a PUE of around 2.5.

The high efficiency of PGS’s data centre helped provide a first-year energy cost savings of £650,000, as well as a power consumption savings of 6.7 million kilowatt-hours. That equates to a 2.9 million kilogram reduction in CO2 emissions.

“We went back to the drawing board to develop a data centre of the future that was energy efficient, cost effective and supported today’s high-density hardware,” said Mike West, managing director of Keysource.

The data centre uses Keysource’s Ecofris cooling system, which doesn’t require the use of additional chillers until outside temperatures reach 24 degrees C. This means that additional power for cooling is only needed for between 80 and 100 hours each year because the system is able to make the most of low UK ambient temperatures in combination with adiabatic cooling.

PGS was the first organisation to adopt the Ecofris solution with the completion of the first phase of its data centre installation last year. Keysource said its fine-tuning process and advanced performance monitoring helped reach the annualised PUE of 1.17, outperforming the design expectation of 1.2. A second phase of development, set to start later this year, aims to increase the IT load to 1.8 megawatts without affecting levels of efficiency.

“We are committed to reducing energy, so we needed to develop a data centre that broke the mould using proven technology to provide a safe, efficient and environmentally responsible means of storing vital data,” said Mike Turff, global data centre manager at PGS.

The new data centre has received a number of awards since it began operations, including a Data Centre Leaders Award, Information Age Award and UK IT Industry Award.