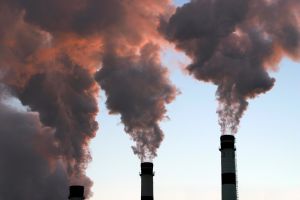 CO2 emissions have actually fallen across the UK – according to new government figures.

The figures are revealed in the newly published statistics for the 2006 CO2 emissions at local authority and government office region level.

This represents all UK emissions allocated to local authority areas on an end-user basis, incorporating all business, household and transport emissions, so that they are distributed according to the location of energy consumption (not the source).

It’s also the first time these figures allow for a year on year comparison.

Total UK CO2 emissions fell slightly from 532.4 millon tonnes to 531.7 million tonnes in 2006. Most of these were industrial, commercial and public (accounting for 46 per cent), with domestic emissions making up (29 per cent) and road transport (25 per cent). It works out at about 8.8 tonnes of CO2 per head in the UK.

Some caveats for the figures – as they are produced as a basis for local authority climate change targets a number of emission sources included in the main UK CO2 emission inventory aren’t included here, such as aviation and shipping (OK, so they’re pretty big emissions omissions).

“Climate change is a global issue, but the only way to fight it effectively is if people make positive choices and work together to make a difference in their local community. Local Authorities are not only ideally placed to enable this positive work, but also, through their own hard work and dedication, are able to set a good example through their own actions.”

The full stats are here.