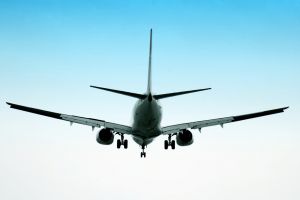 Environmental groups have hailed the government’s u-turn in agreeing to close a loophole that would have excluded aviation and shipping emissions from the UK’s target of cutting CO2 emissions by 80 per cent by 2050.

New climate and energy minister Ed Miliband had claimed it would have been too complicated to include aviation emissions in a UK target because of the international nature of air travel and had planned to use voluntary offsetting for these industries.

But the government faced defeat on the climate change Bill after backbench Labour MPs vowed to vote against the government if aviation and shipping were excluded from the emissions reduction targets.

Now the government has backed down and agreed to include aviation and shipping emissions in the 80 per cent target ahead of a vote on the Bill by MPs in the House of Commons today (Tuesday 28 October). If, as expected, it is passed it will go then to the House of Lords for approval before being passed into law in November.

Friends of the Earth has hailed the Bill as a victory for people power in the fight against climate change. Executive director, Andy Atkins, said:

“Today is a historic day. Hundreds of thousands of people across the UK who have demanded a strong law have forced the government to listen and won a huge victory in the battle against climate change. Developing a low carbon economy here in the UK is the only way to deliver on the law, move Britain out of recession and into a greener more prosperous future.”

The devil, of course, will be in the detail and it is unclear how the aviation emissions target will be calculated, monitored and enforced. As yet there’s also no response from the aviation industry.