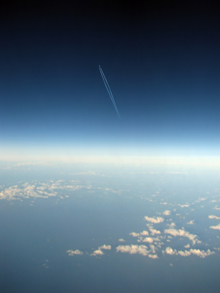 Here’s a quicky from the government: reviewing the UK CO2’s by 60 percent by 2050 could soon become mandatory under the Climate Change Bill, according to environment secretary Hilary Benn.

Review? Could? Do these words indicate an attempt to wriggle out of this carbon cut nonsense? Apparently not. The review will look at whether to up it to 80 percent. That’s a lot of cut.

Here’s what our Hilary said:

“The Climate Change Bill is groundbreaking legislation, and will provide the foundations for building a low carbon Britain. We need it to be as strong as possible.

“The scientific evidence has moved rapidly, and as part of a new global climate deal, developed countries may have to cut their emissions by as much as 80 per cent by 2050. That’s why we announced a review of the UK target last year.
“This review will now be a statutory duty, and I’ve asked the Committee to provide their advice on both the 2050 target and on the first three carbon budgets by 1 December this year.”